You are here: Home1 / Newsnnotice 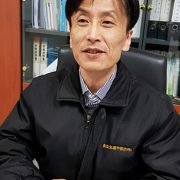 Secures the competitiveness by developing the global new technology 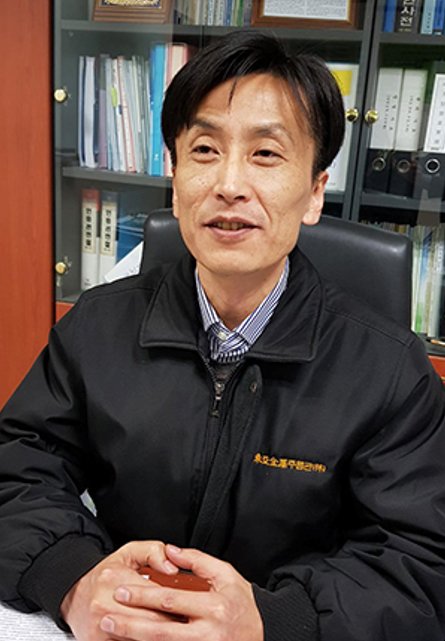 [Gas Newspaper=Reporter Park, Gyui Cheol] “The world-class product is selected mainly from IT-related products as the nest generation promising export product. As the product from the mechanical industry is selected as the world-class product very rarely this time, I feel rewarded.”
In the 2018 World-Class Product Certificate Conferment Ceremony held in the 23rd, Choi, Hyuc Jae, CEO of Dong-A Flexible Metal Tubes Co., Ltd., who received the world-class product certificate on the metal flexible hose and connector for gas from the Ministry of Trade, Industry and Energy for the first time in the same industry added that he felt great responsibility on the one hand. CEO Choi stated that the world-class product is the part of the new technology development policy of the Ministry of Trade, Industry and Energy on the intensive support and cultivation for entering the global market by selecting the present or next generation world-class product every year and that the 847 world-class products of the 93 certified companies have been selected from 2001 to this year for performing the various support activities. “For the current global market situation of the industry related to natural gas, the fuel policy of each country is converted rapidly from electricity to natural gas due to the explosion accident of the nuclear power plant in Japan and the carbon gas emission charge based on the UN resolution, and the demand of the gas supply facilities and materials is increasing sharply accordingly. Our product selected as the world-class product this time has the differentiated characteristics of conquering the world’s market.”
According to CEO Choi, the common old technology on manufacturing the stainless corrugate tubes produced and supplied in each country of the world was developed about 50 years ago so that it has the common weak points from the metallurgical engineering perspective. First of all, it has the critical weak points of the welding stress corrosion and sharp reduction of the mechanical property of the welding bead part and heat influence part of the corrugate tube which is the welding tube. Next, as the common forming type of the corrugate tube is to make valleys at the same intervals by using the roller from the outer side of the sheet welding tube to the inner side, it has the weak point that the status of the metallographic tissue is surely changed due to the thinning of the valley part resulting in the crack corrosion and the serious weakening of the mechanical property.
“The global new manufacturing technology of our world-class corrugate tube is firstly the welding technology of concurrently achieving the local heat treatment of the welding part by using only the welding heat and the argon gas in the welding process to remove the welding stress and is secondly the buckling forming technology (the forming method of buckling in the axis direction) of forming the corrugate tube valley being thicker than that of the parent material. The evidence is that the technology was registered with the patents in Germany, USA, Japan, and Korea.”
According to his emphasis, the exclusive connector (product name: one touch fitting) is the metal sealing type having no packing to prevent the negative effect of gas leakage occurring from the part loss or incomplete connection during the piping work done by the inexperienced worker in the situation of the serious shortage of the gas facility professional in the housing construction site of each country of the world and is the all-in-one connector (heat resistance temperature of 950℃) containing the part inside the connector with the connection work completed if only the nut is fastened with one touch.
“The quality of our product selected as the world-class product was certified in USA, England, France, and Canada. We are proud that it is truly the global new technology registered in the Patent Cooperation Treaty (PCT) of the 25 countries including USA and other countries. It was delivered exclusively to Home Depot, the world’s largest building material department store, in February 2012 and is being sold online and offline so that the quality excellence is being verified.”
As mentioned earlier, the demand of the global gas market is increasing. CEO Choi, Hyuc Jae stressed that local companies should also do export according to the standards of advanced countries and that the local standards and criteria should be revised to the upper levels of advanced countries.
CEO Choi says that the fuel gas such as LPG or LNG (city gas) is cheaper than electricity and convenient but is the scary explosive killing a lot of people at a moment. He said, “A gas and facility supplier and a facility material producer should be alert to the fact that a small mistake makes a killer.”
According to CEO Choi, Hyuc Jae, Dong-A Flexible Metal Tubes Co., Ltd. is constructing the new factory by expanding the current factory and manufacturing facility four times with the goal of building the world’s first and best production factory responding to the 4th industrial revolution and will do the best effort for local and overseas customers as the project on constructing the smart factory using the AI production facility is launched.

Engineer of this month award, Dec 2010

□Mr. Sung-Sun You who concentrated his efforts on improving the functions of ships and offshore constructions as a chief researcher of Samsung Heavy Industries Co., Ltd, was awarded “Engineer of this month, December 2010” because he developed world best towing tank test system and analyzing method of model test.

○ In particular, the developed ship performance evaluation test system is applied to develop new ships and offshore construction such as floating offshore facilities like drillship and floating production storage and offloading and large containers and LNG vessels. This fact was considered that it contributed to develop the high quality products.

□ Mr. Jin-Lim Choi improved the manufacturing process of stainless steel flexible tube which was developed in advanced countries as a higher value-added product with his own technical skills and succeeded in exporting the world best stainless steel corrugated tube to advanced industrial countries.

○ Even though Mr. Jin-Lim Choi is very old, he is acting as a technical consultant of FM (Factory Mutual) which is one of American quality certification organizations and is concentrating his efforts on new technical skills which can apply to various stainless steel products.

□ Dong-a Flexible Metal Tubes Co., Ltd which was established in 1982 is manufacturing stainless steel corrugated tubes (annular type & helical type) only and providing them all over the world. They obtained UK original ISO9001-2000 quality management system and other foreign quality certifications. So this company is a promising company which is growing and pushing into American, Japanese market and European market such as Germany, UK, and France.

□”Engineer of this month” has been given since July in 2002 in order to raise the pride of engineers and treat them with preference by finding the excellent engineers and awarding them who contribute to international competitiveness and industrial development through technical innovation at industrial sites. This award is given to an engineer from a conglomerate and a middle-sized company with Ministry of education’s awards, a trophy and a prize of 10 million won every month. 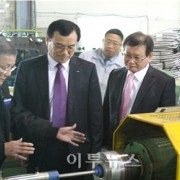 President Dae-chun Jun, second person from the left, is listening to explanation about manufacturing procedure from the lead engineer of Dong-a Flexible Metal Tube Co., Ltd.

Dae-chun Jun, President of Korea Gas Safety Corporation, visited Eastern Gyeonggi branch and Dong-a Flexible Metal Tube Co., Ltd located in Yong-in city on the 27th of April as a part of management by wandering around and checked the actual conditions of gas safety site.

After President Jun met the spot staffs who are making their utmost efforts at the forefront of gas safety in the Eastern Gyeonggi branch, he listened to various opinions for smooth communications not only between headquarters and branches but also between corporation and customers and he requested to do their best in order to minimize the gas accidents.